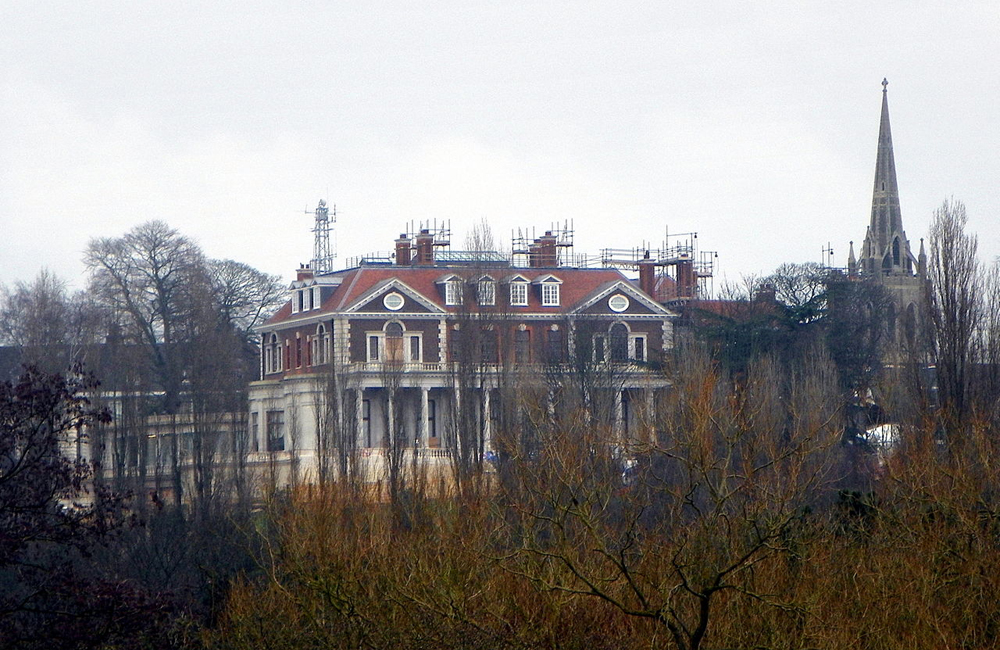 Witanhurst – The early 18th century mansion Parkfield (which may have had a Jacobean predecessor), was replaced in 1917 by the vast French chateau-style building seen today, by the industrialist Sir Arthur Crosfield, who was instrumental in the saving of Kenwood House. During the inter-war period it was renowned for its tennis parties, to which royalty and other personalities came . Said to be the second largest house in London after Buckingham Palace, it has recently undergone substantial alteration, including the addition of a mock-18th century “Orangery” and a 12,000 cubic metre basement. Much of its fine gardens were built over in the 1960s despite a vigorous campaign local amenity groups to prevent it.