Nothing is known of the village area before the 13th Century, though prehistoric and Roman occupation have been found in the area. Its originated as the site of a toll gate controlling the south-eastern entrance to the mediaeval Bishop of London’s 1,000-acre Deer Park.  The name Highgate probably derives from the existence of the toll gate at the top of the hill; but it could also derive from the Old English Haia Gat – the road through the boundary hedge.

Much of the area was owned by the Bishops of London until the end of the 19th century (according to ancient charters, from the early 7th century), when the land was sold for development. The name Bishopswood Road records the name of the large and ancient Bishop’s Wood, which was destroyed, though many of its veteran oaks still survive. It started to grow in the 15th century, with the foundation of Highgate School in 1565. By the 17th century had become a fashionable place to live, where the wealthy built substantial mansions., and by the 18th century it was a thriving small country town. In 1813 the Archway Road was built as a by-pass to Highgate Hill, which was almost impassable for horse-drawn traffic in winter.

The High Street still retains fragments of its ancient coaching inn yards; it was the last stop on the main livestock droving road from the north to London’s Smithfield meat market, and over the centuries has had over 40 pubs and inns.

Highgate has long been split between two Boroughs; the boundary between Camden and Haringey – formerly between St.Pancras and Hornsey – runs down the middle of the High Street, which causes great difficulties for holistic local town planning. 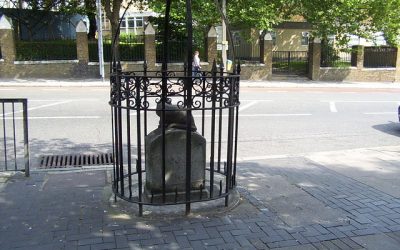 Where Dick Whittington heard the bells of Bow Church telling him to “turn again” and become “thrice Lord Mayor of London”. The Whittington Stone is an 1821 monumental stone and statue of a cat at the foot of Highgate Hill, a street, in Archway. It marks roughly where it is recounted that a forlorn... 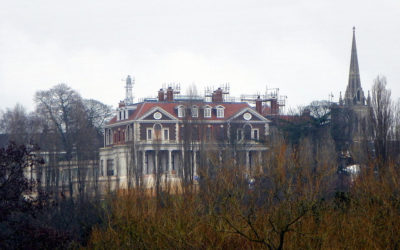 Witanhurst – The early 18th century mansion Parkfield (which may have had a Jacobean predecessor), was replaced in 1917 by the vast French chateau-style building seen today, by the industrialist Sir Arthur Crosfield, who was instrumental in the saving of Kenwood House. During the inter-war period... 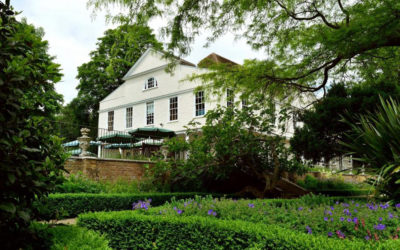 Hornsey Lane is part of what is believed to be an ancient – possibly prehistoric – route, once known as Maiden Lane. There are several historic buildings at the Highgate Hill end, including the Jacobean No. 20

Lauderdale House was built c.1580, probably for merchant Sir Richard Martin, Mayor of London and friend of Sir Francis Drake. It was remodelled in its current form in 1645, but retains much of its earlier structure. It was owned during the 1660s by the powerful Earl of Lauderdale (the ‘L’ of... 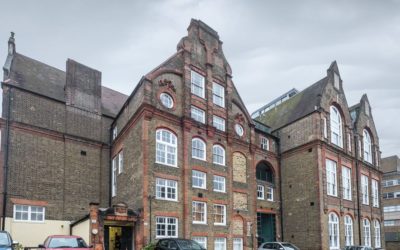 St. Joseph’s Retreat, Highgate Hill was the first Catholic church in the area and the chief house of the Order of Passionists in England. They built a chapel here in 1858, on the site of the Black Dog Inn; the present church buildings, seen in the background, were designed by Albert Vicars and... 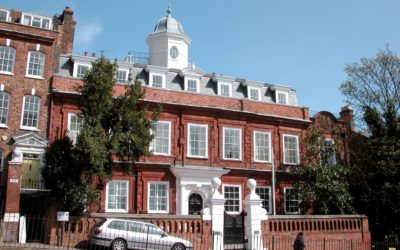 Cromwell House, built in 1637-8 for Richard Sprignell, is one of London’s finest 17th century houses, and one of only two Grade I Listed Buildings in Haringey, with an elaborate staircase, panelling, and plaster ceilings. In 1675 it was purchased by Portuguese Jewish merchant Alvaro da Costa, the... 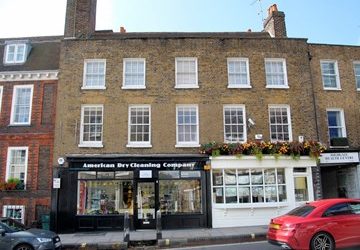 The world’s oldest Estate Agents, found in 1767. When enterprising auctioneer, John Prickett, born 1733, settled in the tiny hamlet of Highgate he could not have known he would be the founder of a thriving family business which would be alive many generations after his death. John married Ann from... 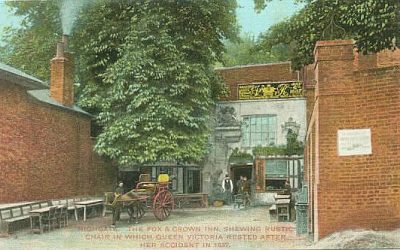 The Site of the Old Fox & Crown, the scene of Highgate’s greatest contribution to world history. In 1837, not long after her coronation, a young Queen Victoria was riding down Highgate West Hill in a carriage when the horses suddenly bolted. The out-of-control coach was seen racing down the... 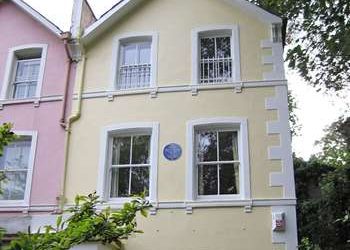 No. 31 West Hill, Highgate, the childhood home (not, as is sometimes stated, his birthplace) of the late poet laureate, John Betjeman (1906-84) He wrote his first poetry in the house, presenting his teacher, TS Eliot, with a volume when he was 10 years old. In his verse autobiography, Summoned by... 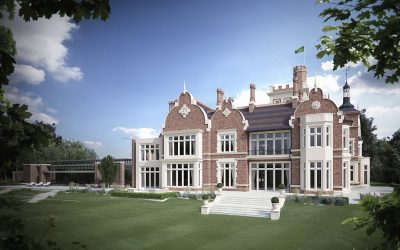 Athlone House, formerly known as Caen Wood Towers, is a large Victorian house in Highgate, London, England. Built c.1872, and until the early 1940s the residence of several important industrialists, it is now in a state of disrepair and awaiting restoration by its current owners. It was designed... 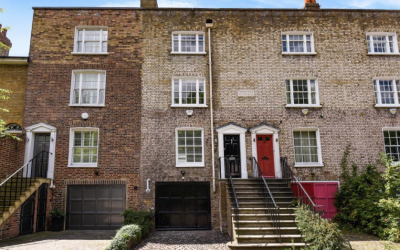 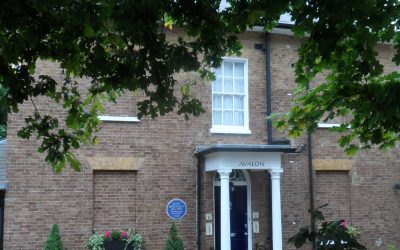 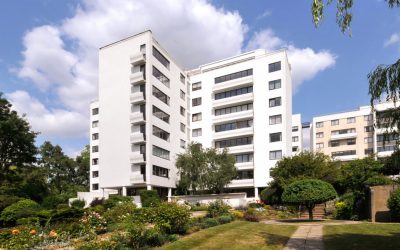 Highpoint I was the first of two apartment blocks erected in the 1930s on one of the highest points in London, England, in Highgate. The architectural design was by the Russian-born architect Berthold Lubetkin, the structural design by the Anglo-Danish engineer Ove Arup and the construction by... 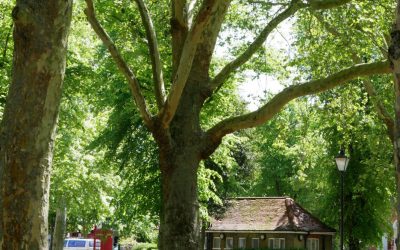 Pond Square. Highgate. N6. The Ghostly Chicken. Although the water source from which its name derives was filled in in 1864, Pond Square does have a certain charm. Massive Plane trees cast long shadows across the asphalt, and the chance of an encounter with one of London’s most unusual spectres... 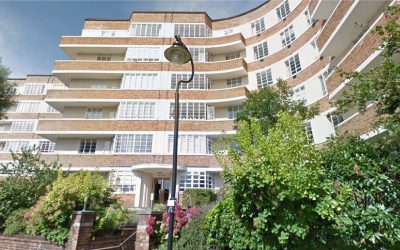 Cholmeley Lodge is an Art Deco / Streamline Moderne grade II listed residential building in Highgate, London, designed by architect Guy Morgan. Built in 1934 and taking its name from Sir Roger Cholmeley, who owned the land until 1565, it is a curving six-storey block of 48 flats, with an unusual... 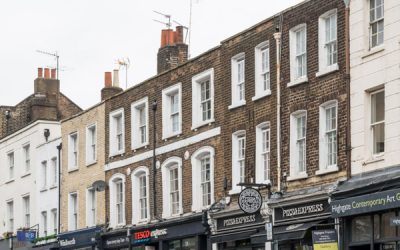 Highgate is a leafy residential area with quaint tea rooms, gastropubs, and fine 18th-century buildings. Novelist George Eliot and revolutionary Karl Marx are among the historical figures buried at Highgate Cemetery, known for its elaborate tombs and wild greenery. Families with kids feed the... 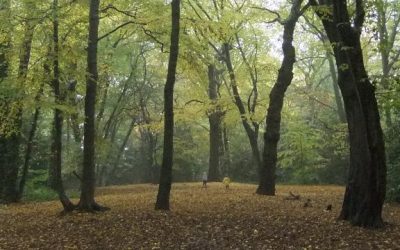 Highgate Wood is 28 hectares of ancient woodland providing a haven for wildlife and numerous easily accessible and scenic woodland trails. The Sports Ground, located in an opening in the Wood, provides a picturesque and 'rural' backdrop, as well as top quality turf. There is an excellent... 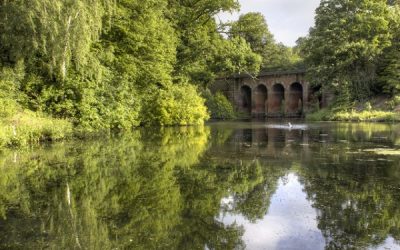 Hampstead Heath is one of London's most popular open spaces, a registered charity managed and funded by the City of London, and located just six kilometres from Trafalgar Square. An island of beautiful countryside, the magic of Hampstead Heath lies not only in its rich wildlife and extensive... 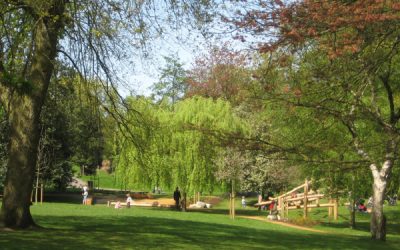 The splendid 29-acre Waterlow Park was donated to the public in 1889 by industrialist, MP and noted philanthropist Sir Sydney Waterlow “a garden for the gardenless”.  His home, Fairseat, adjoining the Park, is now Channing Junior School. His 1900 statue, in the park, is the only one in London... 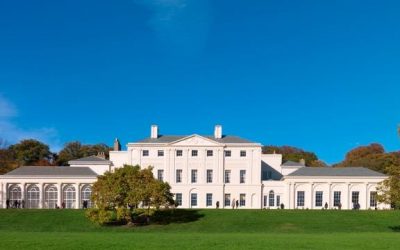 Overlooking London’s Hampstead Heath since the early 17th century, Kenwood House was transformed in the 18th century into a grand neoclassical villa. Now restored to its Georgian splendour, Kenwood is home to a world-famous art collection. Find out more about the story of Kenwood, its intriguing...

Discover a surprising mix of historic elegance and creative opportunities in this vibrant Tudor house in Waterlow Park, North London. Built in 1582, we were saved from demolition in the 1800s by William Morris; rescued in 1978 by local people following a devastating fire in 1963; and, in 2016,... 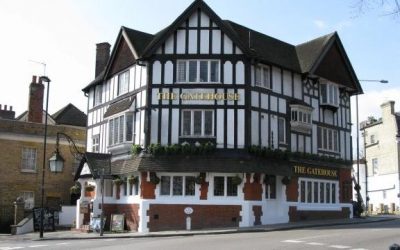 Upstairs at the Gatehouse

Upstairs at the Gatehouse is an award winning London Fringe Theatre with a varied programme of drama, musicals and fringe theatre productions. Situated at the top of Highgate Hill we really are London’s Top Theatre. Ovation, the in-house company, produces several shows each year at Upstairs at the... 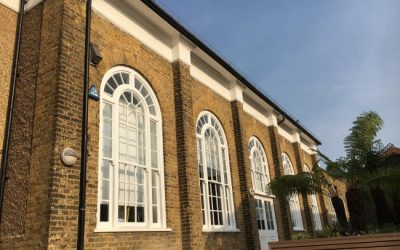 Channing School is unique in providing an education based on the Unitarian principles of two sisters who, in 1885, founded a school for girls in Highgate, North London. In a changing world of uncertainty and pressure, girls find at Channing an oasis of calm purpose, where pupils of all ages are... 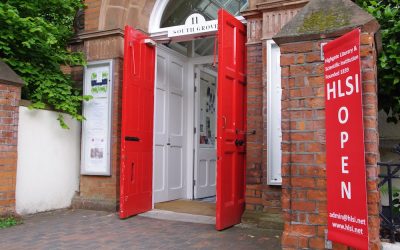 There is something interesting happening almost every day at the HLSI. We offer a wide range of courses, on languages and art, music and cultural history. There are lectures, films, book and craft fairs, parties, concerts, and an annual quiz. We take part in the London Open House weekend and... 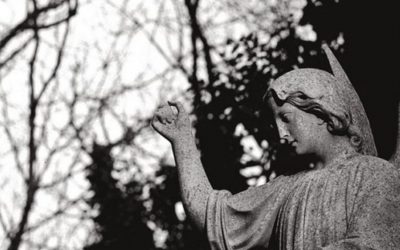