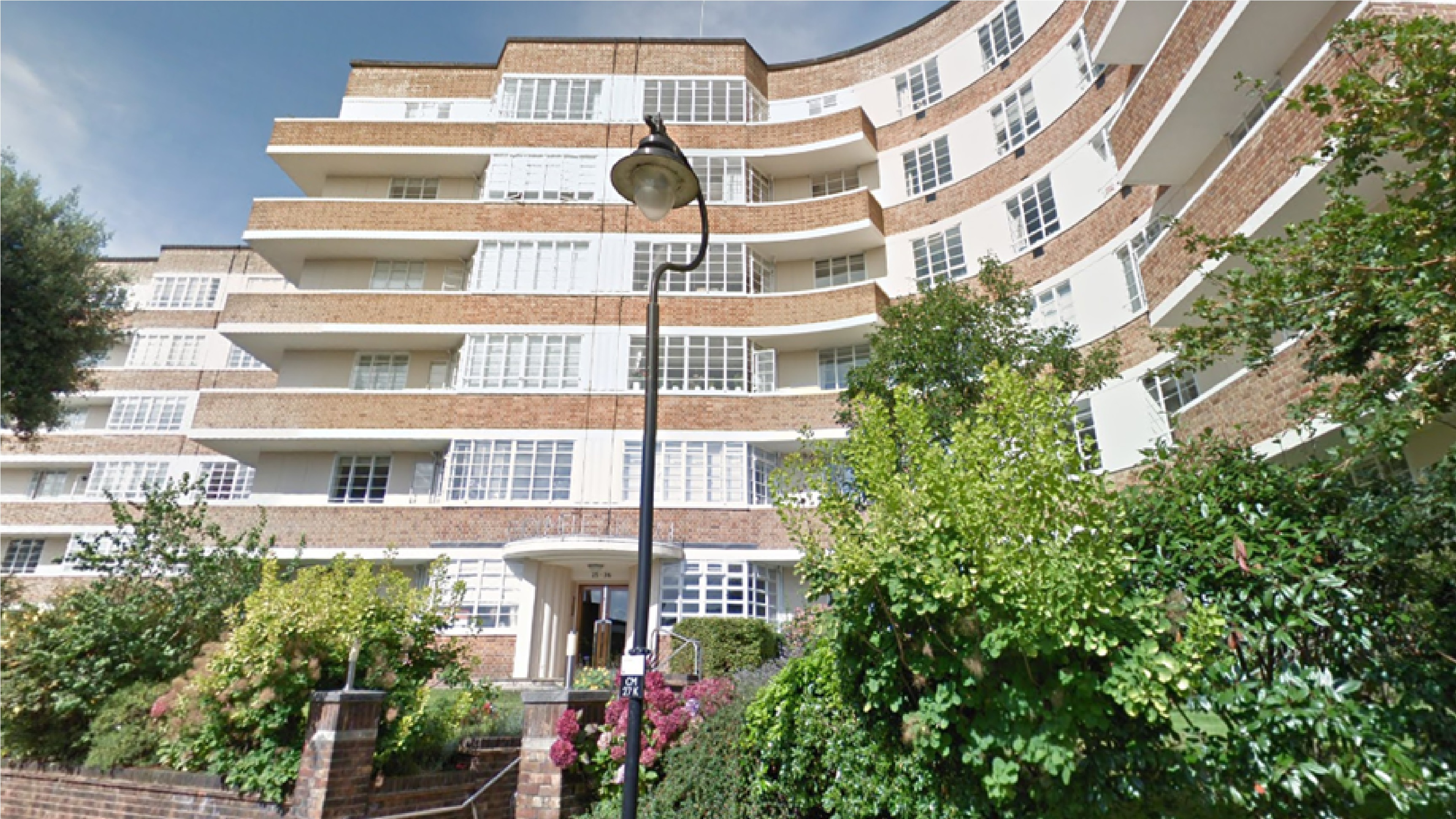 Built in 1934 and taking its name from Sir Roger Cholmeley, who owned the land until 1565, it is a curving six-storey block of 48 flats, with an unusual three curved concave blocks spanning a 30-foot radius.

It would later inspire the design of another, more famous apartment block built by Guy Morgan in London: Florin Court.

Cholmeley Lodge was originally proposed and planned to be built on Bournemouth seafront, but the local council did not approve the modern design, requiring some Tudor-style timberwork to soften the elevation.

Being thus refused, the project was moved to the London Borough of Haringey and built facing Highgate High street by replacing the demolished Mermaid Inn.