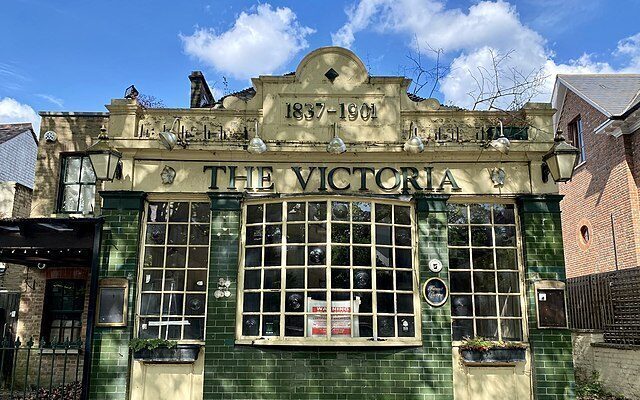 The Victoria has been a pub since at least 1861; from 1871-1873 it was the Prince of Wales, and it was rebuilt in the early 20th century. At the time of writing it is closed and its future in doubt, though local people are campaigning for it to remain as a pub.