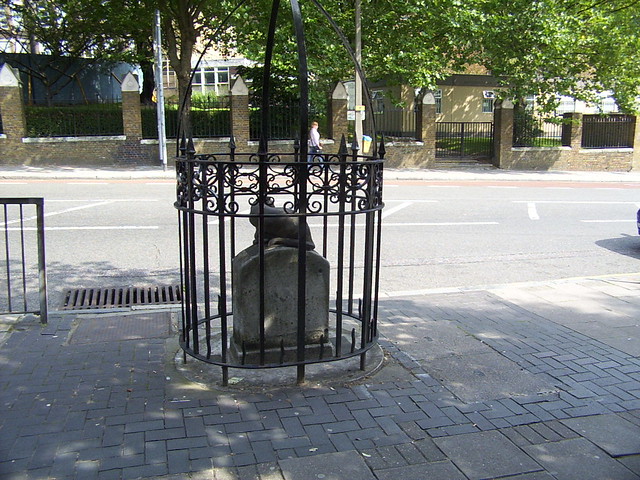 A short distance up Highgate Hill from Archway Station is the Whittington Stone, recalling one of England’s most cherished legends: the spot where Dick Whittington and his cat, about to return to Gloucestershire in disillusionment, heard the Bow Bells telling him to “turn again” and become “thrice Lord Mayor of London”. The real Sir Richard Whittington (c.1354–1423) was a wealthy merchant and Mayor of London three times.  In 1964 the bronze cat was placed near the hospital that bears his master’s name.