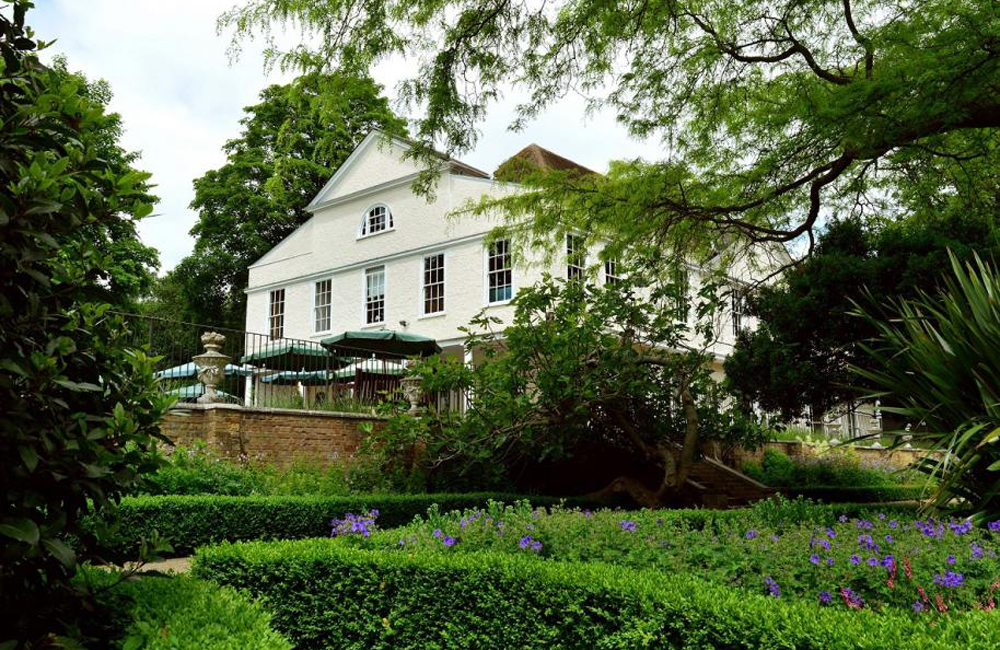 Lauderdale House, built c.1580, probably for merchant Sir Richard Martin, Mayor of London; remodelled in 1645. During the 1660s it was owned by the Earl of Lauderdale (the ‘L’ of CABAL); visitors included Charles II and Samuel Pepys, but the claim that Nell Gwynn was installed there by Charles II is unsubstantiated. Its last owner was printing magnate Sir Sydney Waterlow, who gave it, with 29 acres of gardens, now Waterlow Park, to the public in 1889. It is now a thriving local cultural centre. The sundial is level with the top of the dome of St. Paul’s Cathedral.