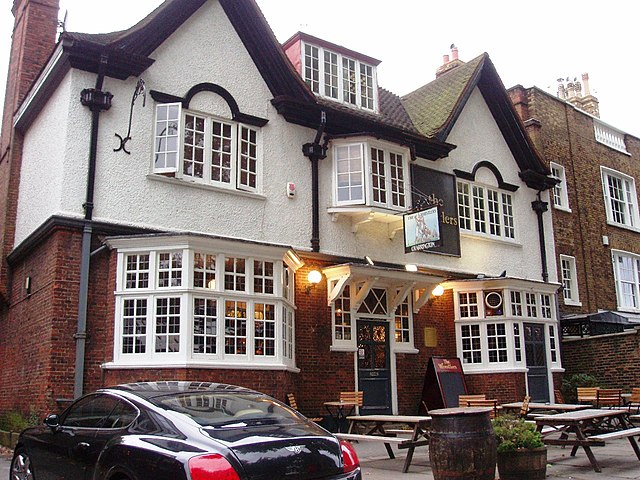 The Wrestler’s Pub is Highgate’s oldest Public House, traditionally founded in 1547. The present building dates to 1921. Highgate’s renowned, if bizarre, ceremony of “Swearing on the Horns”, established by 18th century publicans to promote trade and mentioned in a poem by Lord Byron, is still occasionally performed here. After swearing a series of harmless oaths, the initiate became a Freeman of Highgate and had the right to take the place of any pig seen resting in a ditch when travelling through the village. The pub keeps an old set of horns (actually deer antlers) for use in the ceremony; sadly, there are few opportunities nowadays to exercise a Freeman’s rights. In 1995 it was re-named The Slug and Lettuce but locals quickly got it changed back.