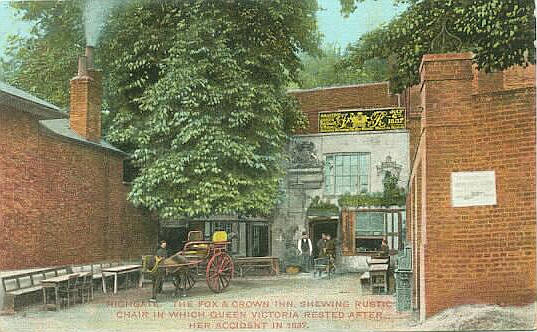 The Site of the Old Fox & Crown, the scene of Highgate’s greatest contribution to world history.

In 1837, not long after her coronation, a young Queen Victoria was riding down Highgate West Hill in a carriage when the horses suddenly bolted.

The out-of-control coach was seen racing down the steep hill by the landlord of the Fox and Crown, which opened in Highgate West Hill in 1704, who rushed out and managed to stop the carriage.

“Had he not been there, Victoria may have been killed and there would have been no Victorian era,” pointed out Michael Hammerson, of the Highgate Society.